Shoppers' issuing banks will categorize every chargeback with a reason. Here is an overview of the most common chargeback reasons. Banks use codes to represent these reasons, and each card brand uses different codes. You can read more about all the card brands' chargeback reason codes here .

Fraud is the number one chargeback reason, but it is important to note that there are two types of fraud:

An example of a processing error is that the shopper was charged twice for the transaction, or they feel the merchant charged the wrong amount.

Merchandise or Services Not Received

If shoppers believe they did not receive the purchased product, goods, or services, their banks will apply this reason to the chargeback.

Shoppers may find it easier to contact their banks instead of reaching out to the merchant about canceling their subscriptions or trials, and the banks may use this chargeback reason to force the merchant to cancel the agreement with their shoppers for the recurring charges. Visa is taking action to put an end to this. Read more about their solution here.

Merchandise or Services Not as Described or Defective

If shoppers believe what they received is not what they bought, or if the goods are defective, issuers will apply this reason code to the chargeback.

This reason is used by banks when shoppers haven't received a promised credit or refund. 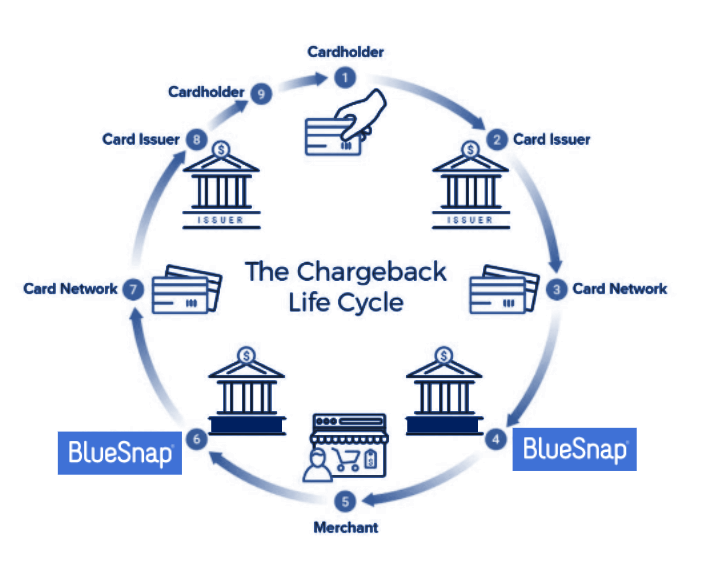 After a shopper contacts their issuing bank to contest a transaction, the issuing bank submits the case to the merchant's bank as a retrieval request or a chargeback.

Before creating a chargeback, shoppers' card issuing banks sometimes send inquiries or retrieval requests to merchants' banks. These requests for detailed information about a transaction can remind shoppers (and their banks) about transactions they just might have forgotten about or don't recognize because the merchant's statement descriptor doesn't clearly identify their business. American Express refers to these requests as Requests for Transactional Information (RTI) and Discover refers to them as Transaction Retrieval Requests (TRR).

Visa and MasterCard replaced retrieval requests with their respective products, Order Insight and Consumer Clarity. You can read more about those tools here .

Issuers may create a chargeback immediately after a shopper files a claim or after the issuing bank conducts a retrieval request. The basic chargeback flow is as follows:

The above flow outlines the first chargeback scenario. In Step 9, if the issuing bank continues the dispute, the chargeback lifecycle continues into the pre-arbitration process.

After a merchant responds to a chargeback, the issuer will review the evidence and determine whether it is sufficient to overturn the chargeback. If the chargeback is decided in the merchant's favor, the funds are returned to the merchant, but the issuing bank has the right to file a pre-arbitration (formerly second chargeback) for the same transaction under certain circumstances.

For example, Visa allows the issuer to make a pre-arbitration attempt if any of the following are true:

And a Visa issuer may pursue pre-arbitration under the same chargeback reason if both of the following are true: